Innovation: It’s All in the Genes — DNA Testing & Cannabis

Emerging technology in DNA testing may change the landscape of how the medical community treats patients struggling with pain, depression, and anxiety—particularly as it pertains to cannabis use. 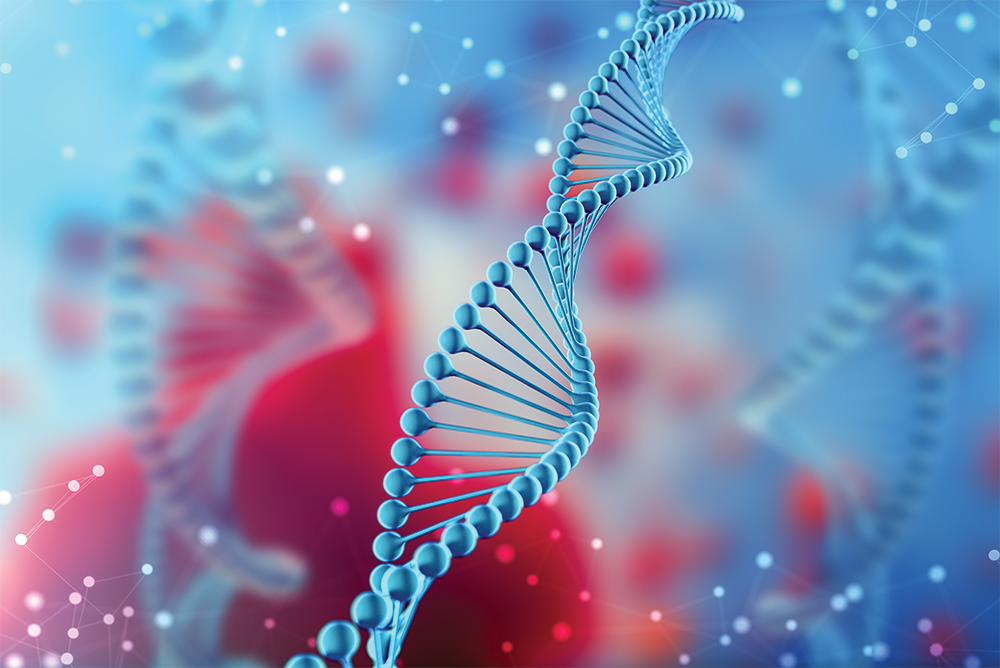 Medical professionals and researchers, to maximize consumer experience with cannabis, are exploring the connection between genetic expression and the response to the compounds in cannabis.

Much research involving cannabis and its relation to genes has been sparked by the fact that two individuals using identical cannabis products can have vastly different experiences as a result of each user’s distinctive endocannabinoid system (ECS). This system is unique from person to person, and underlying variants in genetic expression can profoundly affect the neurological and physiological response to cannabis.

The Endocannabinoid System
The ECS is the network of organic compounds (neuromodulators called endocannabinoids), receptors, and enzymes that respond to cannabinoids. While knowledge of the ECS remains relatively lacking, current science suggests that the system directly influences a number of different pathways in the brain, including those that regulate pain, mood, addiction, memory, and appetite.

Furthermore, while the body produces its own cannabinoids, the ECS is also influenced by phytocannabinoids (cannabinoids that occur naturally in the cannabis plant), and it’s these phytocannabinoids and their impact on the ECS that are increasingly compelling to researchers. Because responses to the phytocannabinoids in cannabis are notoriously variable, DNA tests have been developed that may help consumers have a more effective cannabis experience.

One such test, CannaGx, created by MelixGx and Molecular Testing Labs, is based on analyzing DNA to determine an individual’s metabolic responses to pharmaceuticals or medications and thus can help guide consumer choices. Some people, for example, may have variants in their DNA that prevent them from activating or deactivating medication. Others may have variants in receptors or transporters, preventing appropriate responses. By taking these tests, they can find out about these variants in their DNA.

A good example of the value of this type of testing pertains to the use of a selective serotonin reuptake inhibitor in the treatment of depression, says Charles Sailey, MD, medical director of MelixGx. “It can take a month or two to even know if it’s working or not, and then you may have to switch to another one and then maybe yet another one. It may take people sometimes years to figure out what medication works for them,” Sailey explains. “With [pharmacogenetics], we are able to help doctors narrow down to what specific medications their patients should take based on their genetics … [that’s] what we’ve been doing for about five years. And then we decided to take it a step further to see if we could implement cannabis into the algorithm that we use.”

Through the company’s research, Sailey’s team found that there are specific genes that determine how individuals metabolize THC and CBD, and from there it was a matter of looking at the receptors and transporters individuals have on certain regions of the brain that are part of the cannabis response pathway. “With genetic analysis, we can see if a patient will metabolize THC efficiently or not and whether they need a higher or lower dose, or a specific ratio,” Sailey says.

Using their experience with pharmacogenetics as leverage, MelixGx researchers began to explore the ECS and how phytocannabinoids reacted with certain neuromodulators and receptors within it. “What we did is focus on three key areas initially, which is still where we are now, though we’ll be expanding that soon. And these three areas are pain management, anxiety and stress, and sleep. These are the three areas where there was enough scientific evidence to support what we wanted to do,” Sailey says. “We looked at genes and targets within the genes and put it all into an algorithm that we developed. From there, we can categorize people based on those genes. This process can change the landscape of pain management. If we have a patient struggling with pain, we can tell them if they are a good candidate to use cannabis instead of opiates. We can tell them how they should go about using the product, which concentration, and how to use CBD and THC to wean themselves off opiates if they’re on any.”

The test can indicate not only how a patient will metabolize THC but also the likelihood of an adverse outcome. “There’s also a gene that, if it has a very specific variant in it, can lead to a very negative experience—especially if someone consumes cannabis with a THC concentration that is too high. They have almost a psychiatric or psychotic outcome. So we get all of these results and then put all of this information in a report so consumers know exactly what to do,” Sailey explains. “We are able to stratify these people so they are able to get the optimum dose and ratio in their body that their biology and physiology will accept and process properly. We basically figure it out based on their metabolism and the receptors they have in their body,” he adds.

In addition to MelixGx, other direct-to-consumer DNA-based tests are available that can help individuals better understand how they will respond to cannabis. These tests, like MelixGx, are typically at-home tests similar to genealogy DNA tests that involve a cheek swab or saliva sample. For example, Endocanna Health is a company that uses the raw data already collected from genealogy tests such as 23andMe, while Strain Genie collects consumers’ DNA from a cheek swab. Other tests, such as CannabisDNA, must be ordered and reviewed by a physician. The market for cannabis testing is still relatively small but will continue to expand with new research and a growing interest in cannabis from consumers and cannabis companies alike.

John Torrens, PhD, president of Vertical Wellness, is an advocate of DNA testing for patients who use cannabis. He believes these tests can play an important role in determining the contraindications or possible adverse reactions to cannabis. “In the spectrum of these genetic tests, for the most part, there are not too many of them that are going to tell you exactly what you should take for the best possible results. But they will be able to tell you what you should avoid based on your gene expression. For instance, if someone has a condition such as metabolic syndrome or diabetes that requires some kind of medication, the last thing you want is for them to put CBD in their body, which might block the reuptake of something that needs to be taken up in their body.”

According to Torrens, these tests are also useful for those who’ve never used cannabis before or who haven’t used it in some time. “The thing we want to avoid is someone trying a product and having a horrible time with it and never trying it again,” he says. “Or someone spending a lot of money on a product and not seeing an effect with it. It could be if there was a different ratio, or maybe you upped the terpene profile, or upped the dosage just a little bit, it could make a huge difference.”

Once consumers get their test results, they’re better able to purchase product that’s appropriate for their specific needs.

Asking a dispensary for a certificate of analysis, which provides consumers with the ratio of CBD to THC in their products, is a good idea, Torrens explains. “As consumers are starting to buy these products, it’s important that they know where they come from and that the source is legitimate, so looking for products that have some sort of good manufacturing practice certification is recommended.” He advises patients who have other medical problems to ask for a certificate of analysis. “Some dispensary owners may be reticent to provide it and may not have it on hand immediately, but it’s something consumers should feel comfortable asking for,” he says.

According to Torrens, cannabis DNA testing is an investment that will pay off in the long run. “A lot of people who take these products don’t really know what they’re taking or why, so they’re mostly just getting some really, really expensive urine out of it.”

— Sandeep Kaur Dhillon, MS, RDN, received her master’s degree in nutrition and exercise physiology from Columbia University. She completed her dietetic training in New York City and practices as a dietitian in Los Angeles.