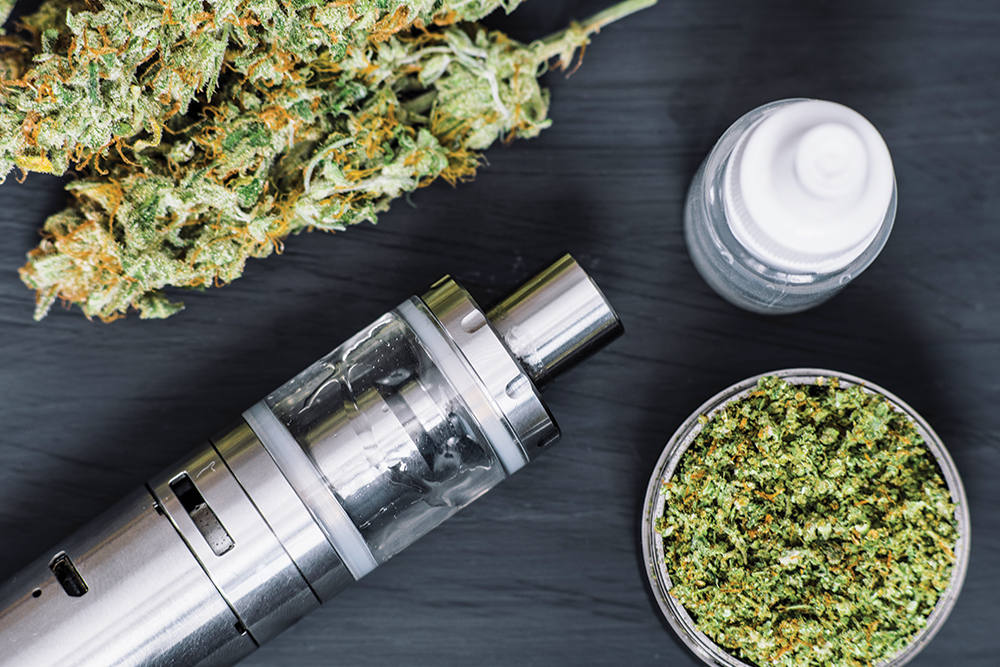 For the premiere issue of CRx, we commissioned and scheduled an article about the increasing popularity of vaping as a safer-than-smoking method of administering therapeutic cannabis. Instead, in light of recent headlines, we must report on the latest information about the outbreak of lung illnesses that have been associated with e-cigarette use and vaping and share the resulting health agency recommendations.

While vaping with appropriately acquired products may remain a suitable and effective means of delivering rapid relief to patients—and it’s important to note that the lung injuries thus far appear to be associated with product purchased on the streets or through social sources rather than that obtained from licensed dispensaries—key experts and health organizations believe it’s too soon to know what is or isn’t safe and have called for an abundance of caution about vaping, suggesting that until more details are known about the precise cause of these illnesses, consumers—both medical and recreational—discontinue use of vaporizers.

Lung Injury Linked to Vaping
As of October 8, 2019, 49 states, the District of Columbia, and the US Virgin Islands have reported 1,299 cases of pulmonary illness in individuals who acknowledged use of e-cigarettes or vaping products. According to the FDA, symptoms, which often have arisen gradually, have included shortness of breath, difficulty breathing, and chest pain. Other symptoms reported include fever, fatigue, vomiting, diarrhea, and weight loss. The victims, overwhelmingly young men, often required hospitalization, frequently needing intensive care or the use of respirators. In many cases, patients experienced life-threatening acute respiratory distress syndrome. It’s not clear, experts say, whether survivors will fully recover or suffer from chronic respiratory problems.

The majority of patients are young. The youngest is 13 years of age, and 15% of patients are younger than 18. Only about 20% are older than 35 years of age. Deaths, however, are largely occurring in older individuals, those from 27 to 71, the median age being just under 50. The first death was reported on August 23 of this year. A total of 26 fatalities have occurred in 21 states, and the Centers for Disease Control and Prevention (CDC) is investigating additional deaths. Hospitalizations for severe lung symptoms associated with vaping began in late March 2019 with weekly cases in single digits and spiked in June and July, by August reaching more than 100 per week.

Tracking the Culprit
The CDC, in concert with states, the FDA, clinicians, and public health partners, is working around the clock to pinpoint the cause of the outbreak. Complicating the investigation is the fact that the products involved come from a range of sources, have a number of components, may have been altered by users or suppliers, and may have contained illicit substances. Also confounding researchers is why these chemical injuries are appearing only now—why, even though e-cigarettes and vaping have been around for years, healthy young individuals are falling deathly ill.

Because investigators haven’t discovered any consistent evidence of an infectious cause for the symptoms, they suspect a chemical exposure. The illness hasn’t been associated with any individual product, and the precise chemical culprit hasn’t been determined. However, the majority of patients stricken indicate that they used products containing THC. In a telehealth briefing of reporters, Judy McMeekin, PharmD, the FDA’s deputy associate commissioner for regulatory affairs, said, “The FDA’s work to investigate the illnesses includes field sample collections, in coordination with state, sample analysis, criminal and civil investigations, and coordination with state and federal partners. The FDA has received or collected over 440 samples from 18 states to date. And those numbers continue to increase.” Preliminary results, McMeekin says, reveal that “some products contain THC in concentrations ranging from 14% to 76%, and some THC products contain a combination of THC and vitamin E acetate ranging from 31% to 88%.”

Vitamin E acetate is an inexpensive ingredient used as a thickener—a cutting agent to stretch THC oil in order to less expensively fill vape cartridges. However, as McMeekin observes, not all of the vaping products leading to illness have contained THC, nor have all of those that did also contained vitamin E acetate.

Brandon Larson, MD, PhD, a Mayo Clinic surgical pathologist, told CNBC the nature of the illness “seems to be some kind of direct chemical injury, similar to what one might see with exposures to toxic chemical fumes, poisonous gases and toxic agents.” Doctors at the clinic studied samples of lung tissue from 17 patients treated at various hospitals around the country. Based on the clinic’s study, he added, they, like other investigators, suspect “that most cases involve chemical contaminants, toxic byproducts, or other noxious agents within vape liquids.” Interestingly, although vitamin E acetate is being eyed as a factor, the Mayo researchers found no evidence of oil accumulation in patients’ lungs.

The focus of the investigation, McMeekin told reporters, is to determine the products that cause the illness and trace them through the supply chain to identify the source. In addition to THC, other cannanabinoids, and vitamin E acetate, investigators are looking at a range of chemicals, pesticides, toxins, poisons, and additives such as cutting agents/diluents as well as trying to determine whether all cases have the same pathogenesis.

The CDC is communicating timely updates to health departments and clinicians and is holding media and congressional briefings. “Our investigators and agents are following every possible lead, which includes traveling throughout the country and attempting to gather any available evidence, including devices, pods, cartridges, diluting agents and more,” Anne Schuchat, MD, principal deputy director of the CDC, told reporters.
Weekly updates about the number of cases, deaths, and resources are posted to a CDC outbreak webpage: www.cdc.gov/tobacco/basic_information/e-cigarettes/severe-lung-disease.html#latest-outbreak-information. Clinicians can find information at www.cdc.gov/tobacco/basic_information/e-cigarettes/severe-lung-disease/healthcare-providers/index.html, and information is available for the public at www.cdc.gov/tobacco/basic_information/e-cigarettes/severe-lung-disease/need-to-know/index.html.

Recommendations
Regardless of whether they practice cannabis medicine, clinicians who treat patients who vape—recreationally or medicinally—should be aware of and share FDA and CDC recommendations. The CDC advises that while the outbreak is being investigated, consumers should avoid using e-cigarettes or vaping products, especially those that include THC. The FDA has warned the public to refrain from using vaping products containing THC as well as all vaping products acquired off the street. It urges individuals who don’t heed that recommendation to monitor themselves and contact their health care providers if they experience cough, shortness of breath, or chest pain. It further warns against altering vaping products or adding THC or other oils to vaping products, even those obtained from retail outlets, and states that “no youth or women who are pregnant should use any vaping product, regardless of the substance.” It suggests that anyone concerned about their health after using a vaping product also contact a health care provider or call their local poison control center at 800-222-1222 and report any vaping-associated illness with a state or local health department.

Health care providers are also encouraged to report cases among their patients to these health departments. In addition, they’re advised to take a detailed history of the patients’ substance use and attempt to determine whether any remaining product and devices can be obtained from the patients for testing.

— Kate Jackson is editor of CRx.