Inflammation is a culprit in many chronic diseases. Research and clinical evidence suggest that cannabis can help put out the fire. 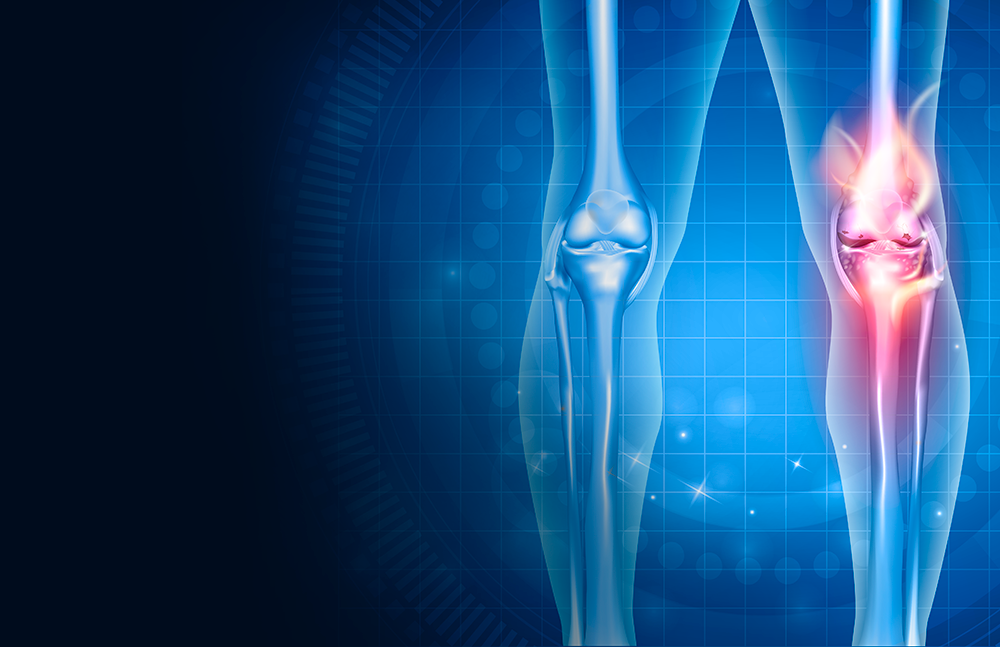 A chronic state of inflammation plays a fundamental role in the onset and development of the most common chronic lifestyle diseases facing patients today.1 With that understanding comes the need for more controlled clinical trials to identify specific targets and modalities for the therapeutic intervention of specific inflammatory conditions. One of the biggest barriers to further research, however, is the United States government, which retains the classification of marijuana as a Schedule 1 substance with no accepted medical value.2 Many states, however, have employed their own regulatory laws and approaches for increasing research and access to medical cannabis.

One of the most promising therapeutic interventions being studied for the treatment of chronic inflammation is phytocannabinoid pharmacotherapy. The endocannabinoid system—and specifically therapy focused on using exogenous cannabinoids found within the cannabis plant, including THC and CBD—is an emerging target of pharmacotherapy.3 Several studies have demonstrated that cannabinoids have the ability to downregulate cytokine and chemokine production and, in some models, upregulate T-regulatory cells as a mechanism to suppress the body’s inflammatory responses.4

Prescription medications using cannabinoids as the main therapeutic agent of intervention are slowly becoming available, and the recent FDA approval of Epidiolex provides validation of the science of cannabinoid medication. Epidiolex works by antagonizing the CB1 and CB2 receptors with CBD and induces anti-inflammatory effects systemically and within the central nervous system.5

While Epidiolex is only approved for use in two types of epileptic syndromes—Dravet and Lennox-Gastaut syndromes—this approval paves the way for research in the further use of cannabinoids for the treatment of inflammatory conditions. Overall, preclinical and clinical data support the potentially effective anti-inflammatory properties of endocannabinoid agonists that target CB2 receptors.4 The CB1 receptor is the primary cannabinoid receptor of the central nervous system, while CB2 is the peripheral cannabinoid receptor prevalent on immune tissues, making both CB1 and CB2 topics of interest for modulating inflammation.6

The CB2 receptor has been studied extensively since its discovery more than two decades ago, and the scientific community concludes that “CB2 activation by cannabinoids, either in vitro or in vivo, usually decreases inflammatory cell activation.”6 This helps point to the use of specific cannabinoids that target the CB2 receptors as therapeutic agents for managing inflammation, specifically the nonintoxicating cannabinoid CBD.

While many states are implementing medical cannabis programs with strict regulations and qualifications, more liberal districts, such as Washington, D.C., leave the decision in physicians’ hands by allowing providers to recommend medical cannabis for any condition for which it would be beneficial, as determined by the patient’s physician.7

While 11 states and Washington, D.C., have already legalized recreational marijuana, it’s known that those using recreational marijuana may still do so medicinally.2 The health care provider’s role, then, becomes that of an advisor, sharing the science, wisdom, and practical applications of use along with safety considerations.

For physicians and other health care providers, this leaves the decision as to what conditions for which to recommend cannabis and whether to advise patients to use recreational cannabis up to best clinical judgment.

Following is a review of the clinical evidence for the role of various cannabis compounds in inflammatory conditions including arthritis, inflammatory bowel disease (IBD), and multiple sclerosis (MS).

Cannabis and Arthritis
While there are more than 100 different forms of arthritis, including osteo-, rheumatoid, juvenile, and psoriatic, the basic pathophysiology of inflammation of the joints is the same. The clinical manifestation of arthritis symptoms includes joint pain, stiffness, lack of coordination, and loss of abilities. Increasing evidence supports the theory that the endocannabinoid system participates in the pathophysiology of osteoarthritis-associated joint pain, suggesting that cannabinoid therapy may provide therapeutic relief.8

Arthritis remains a qualifying condition for medical cannabis in many states, including Connecticut, which specifically lists psoriatic arthritis, and Hawaii, which specifically lists rheumatoid arthritis (RA). Recent studies of the anti-inflammatory properties of nonintoxicating cannabinoids such as CBD in both animal models of RA and on human cells from RA patients have demonstrated antiarthritic properties.4 CBD should continue to be studied for its immunomodulatory role in RA as well.

Through its combined immunosuppressive and anti-inflammatory actions, CBD has demonstrated a potent antiarthritic effect in murine collagen-induced arthritis. One study in mice supports the therapeutic potential of the oral use of CBD for arthritic conditions, with an optimal effect seen at 25 mg of CBD per kilogram of body weight.9

Overall, scientific research concludes that “cannabidiol, which may interact with the endocannabinoid system but has actions that are distinct, offers promise as a prototype for anti-inflammatory drug development.”10

Cannabis and IBD
While large, double-blind, randomized, placebo-controlled human trials using serial inflammatory markers to demonstrate the efficacy of cannabis for use in IBD are lacking, cannabis continues to be used by patients as a complementary and alternative medicine based on anecdotal reports of symptom relief, highlighting the need for further study of cannabinoid pharmacotherapy for IBD.11

Preclinical evidence indicates that CBD specifically may help protect against intestinal inflammation and thus help manage IBD.8 Many states, including New York, now include IBD as a qualifying condition for medical cannabis programs. Human studies have found benefit in controlling symptoms and improving quality of life with cannabis, but no studies have established true disease modification given the absent improvements in biomarker profiles or endoscopic healing.12

Prominent cannabis researcher Ethan Russo, MD, proposes a theory of clinical endocannabinoid deficiency (CED) with supportive evidence linking irritable bowel syndrome to CED.13 Reviews have examined the concept of CED and presented more than a decade of supportive objective evidence. The theory suggests that irritable bowel syndrome and its related conditions migraine and fibromyalgia all display common clinical, biochemical, and pathophysiological patterns that suggest underlying CED. Identifying CED helps lay the groundwork for identifying individuals who may be treated suitably with cannabinoids as medicine.

In mice, CBD was studied and found to reduce hypermotility, suggesting that CBD should be explored as a potential candidate for the development of a new class of anti‐IBD drugs.14

While anecdotal and preliminary evidence suggests that cannabinoids could be helpful for the pathophysiology of IBD and associated symptom management, there’s still no direct scientific evidence that can set the groundwork for clinical recommendations.

Cannabis and MS
It’s long been observed that inflammation occurs in the brains and spinal cords of people with relapsing-remitting MS. Clinical evidence supports the theory that cannabis-based medicine is effective in reducing pain and sleep disturbance in patients with MS-related central neuropathic pain and is mostly well tolerated.15

As with arthritis, the most promising studies focus on the potential benefits of CBD. In a 2013 study published in Neurobiology of Disease, researchers examined the results of CBD pharmacotherapy in a viral model of MS and concluded that “together, our findings highlight the anti-inflammatory effects of CBD in this viral model of MS and demonstrate the significant therapeutic potential of this compound for the treatment of pathologies with an inflammatory component.”16 This study points to CBD’s benefit for not only MS but also common conditions fueled by inflammation.

Beyond taming inflammation from within, cannabis has been shown to provide relief for the most common MS symptoms, including spasticity, which often diminishes a patient’s quality of life. Sativex, a cannabis-based medication licensed for MS-related spasticity use in the United Kingdom, targets symptom management with polycanabinoid pharmacy, combining THC and CBD. Clinical trials have shown that Sativex is an effective treatment for MS spasticity and suggest that it may also be effective for pain, bladder symptoms, tremor, and sleep disturbance.17

While further research is needed, this research suggests that cannabis may play a critical role in improving quality of life for those living with MS by targeting and managing the inflammation from within while subsequently managing the manifestation of physical symptoms such as pain and spasticity.

Terpenes and Other Phytocannabinoids
New research suggests that the cannabis plant may help reduce inflammation in the body with additional phytocompounds that exist within the plant beyond cannabinoids. With more than 450 different compounds identified in the cannabis plant, research is beginning to suggest that compounds beyond cannabinoids, including terpenoids and phytonutrients, may also play an important role in the larger picture of medicinal cannabis.

Terpenes are volatile organic compounds, or aromatic essential oils, also found in other members of the plant kingdom, that give cannabis the plant’s characteristic odor. Different chemotypes of cannabis have distinctive compositions and concentrations of terpenoids. Monoterpenes are being studied for their anti-inflammatory activity, and the research is yielding positive results. Common terpenes such as myrcene, limonene, cineole, menthol, citral, alpha-pinene, linalool, thymol, camphor, and borneol were all studied, with research confirming an anti-inflammatory effect of monoterpenes. The researchers noted the “therapeutic potential of this chemical class as a source for the development of novel anti-inflammatory agents.”18

While phytocannabinoids THC and CBD get the lion’s share of attention, there are more than 100 identified phytocannabinoids that are just beginning to be studied for their therapeutic potential. One promising phytocannabinoid is beta-caryophyllene, a potent sesquiterpene that’s reported to have anti-inflammatory activity. Researchers examining it for its role in rheumatoid arthritis, which is both an inflammatory and immune multisystem illness, suggest that “beta-caryophyllene has prominent antiarthritic activity, which may be attributed to its anti-inflammatory activity.”19

According to one study, when compared directly with CBD’s anti-inflammatory properties, terpenoids were found to have “anti-inflammatory and antinociceptive activities that vary according to their composition, but they had no effect on TNF-alpha [tumor necrosis factor alpha] titers. None of the essential oils was as effective as CBD” in influencing the decrease of inflammation.20

The goal of research should be to determine whether terpenoids themselves possess pharmacologically significant properties relevant to the management of inflammation.

The Entourage Effect
While clinical and preclinical evidence point to both phytocannabinoids and terpenoids as mediators of inflammatory disease, many theories still suggest that it’s the “entourage effect” that has the highest likelihood of producing the greatest reduction in systemic inflammation.

The entourage effect refers to the potential cannabis synergy and complementary pharmacological activities between phytocannabinoids and terpenoids. Phytocannabinoid-terpenoid synergy, if proven, increases the likelihood that new research and new therapeutic products will be developed to treat common conditions.

Preclinical evidence supports the idea that terpenoids may provide synergistic support to the mechanisms of cannabinoids, enhancing their efficacy. Evidence “supports the concept that selective breeding of cannabis chemotypes rich in ameliorative phytocannabinoid and terpenoid content offers complementary pharmacological activities that may strengthen and broaden clinical applications and improve the therapeutic index of cannabis extracts.”21

Practical Recommendations for Clinicians
Clinicians should always work within their scope of practice and with the legalities within their own states in mind. However, it’s well known that decisions about recommending cannabis for certain conditions is increasingly being left to the clinical judgment of the provider in many cases, especially in states that describe qualifying conditions as defined earlier—essentially at the discretion of the patient’s physician.

In medical settings, sublingual liquid tinctures, oral tablets, suppositories, and vaporized oil in various cannabinoid ratios of CBD and THC are commonly used for the management of inflammatory symptoms in patients and should be recommended based on the unique situation of each patient. Clinicians must remember that it’s necessary to treat the patient, not the condition, and that cannabinoid therapy is and always will be personalized medicine.

1. Hunter P. The inflammation theory of disease. The growing realization that chronic inflammation is crucial in many diseases opens new avenues for treatment. EMBO Rep. 2012;13(11):968-970.

5. Sekar K, Pack A. Epidiolex as adjunct therapy for treatment of refractory epilepsy: a comprehensive review with a focus on adverse effects. F1000Res. 2019;8.

12. Swaminath A, Berlin EP, Cheifetz A, et al. The role of cannabis in the management of inflammatory bowel disease: a review of clinical, scientific, and regulatory information. Inflamm Bowel Dis. 2019;25(3):427-435.