Regular cannabis users who undergo surgery may pose a challenge to anesthesiologists. 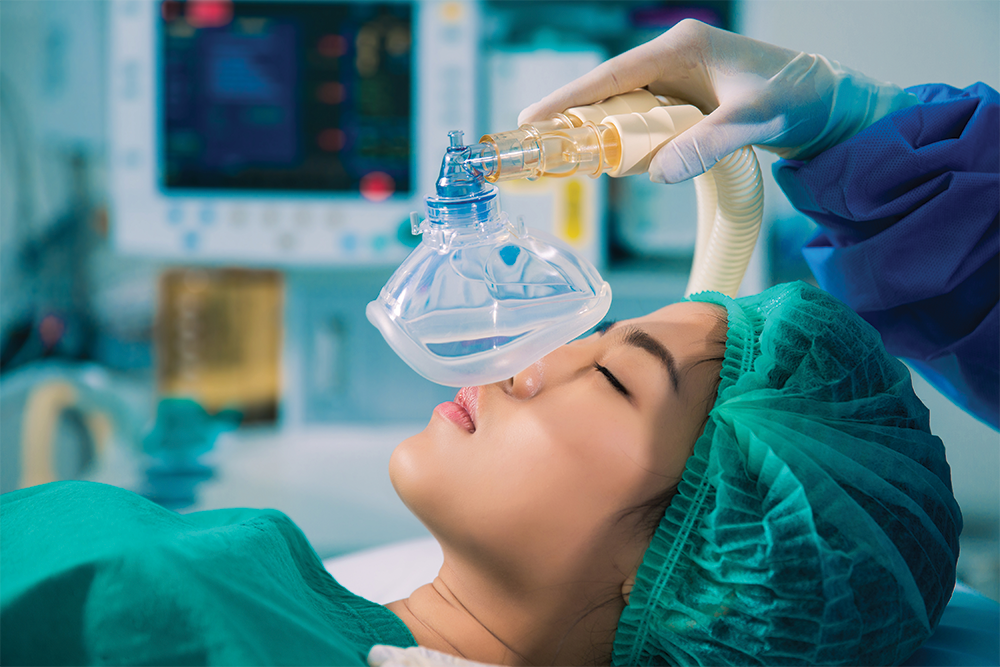 Light sedation during medical procedures does not typically pose much risk. However, a new study has found that people who regularly use cannabis may need a greater level of sedation than that which is required for nonusers. The study, recently published in The Journal of the American Osteopathic Association, raises serious concerns and highlights the need for further research, particularly as cannabis use becomes more prevalent.

In this study, researchers at Community Hospital in Grand Junction, Colorado, looked at the effect of cannabis on sedation by examining the medical records of 250 patients who underwent endoscopic procedures between January 1, 2017, and December 31, 2017—years after Colorado legalized recreational cannabis in 2012.

“The most important takeaway from these findings for both patients and health care providers is that a link between cannabis use and increasing needs for sedation does appear to exist,” says the study’s lead author, Mark A. Twardowski, DO, a specialist in internal medicine in private practice in Colorado. “Although we do not yet have information to guide specific therapeutic changes, it is certainly useful to know in advance of the potential for increased need of sedating medications.”

The fear, Twardowski says, is that excessively increasing doses of sedation medications could increase the risk of shutting off a patient’s respiration while still not achieving pain control.

This examination of cannabis’ impact on sedation medications also raises questions about what other medications (or medical interventions) might be affected by regular cannabis use, including smoking and ingesting. There are a lot of unknowns right now and that’s what is worrisome, Twardowski adds.

“Our study clearly opens a Pandora’s box in terms of some potential concerns of cannabis use,” he says. “Questions about how this substance may interact with other similar medications used in other areas of medicine such as psychiatry or pain control certainly arise and warrant future study.”

While the research is lacking, Twardowski says the anecdotal evidence about interactions is on the rise. As physicians increasingly talk to one another and share experiences, there’s been discussion of the influence cannabis has on medical care.

“Cannabis has some metabolic effects we don’t understand, and patients need to know that their cannabis use might make other medications less effective,” he continues. “We’re seeing some problematic trends anecdotally, and there is virtually no formal data to provide a sense of scale or suggest any evidence-based protocols.”

A Need for Honest Dialogue
A challenge in assessing the impact of cannabis on medical care is determining how honest patients are about their cannabis use. The Colorado study looked at patient reports and information from those who admitted to being cannabis users. However, there’s always the underlying question of how many patients are not being completely transparent about their use—particularly in states where recreational cannabis use has not been legalized. As a stigma remains attached to marijuana use, even those in states where cannabis use has been legalized may not be open to sharing information.

“Even in the climate of legalization at the state level [in Colorado], it is definitely true that some patients are not honest about their use,” Twardowski says. “Honest discussion in the health care arena is absolutely essential.” His findings emphasize the importance of patients being upfront with surgeons about their cannabis use, as it could potentially change the way procedures or treatments might be performed—particularly with respect to anesthesia use. Patients must understand they could be putting themselves at risk by not sharing more information with their doctors.

Looking Ahead
Despite the increasing usage of cannabis, it remains understudied in terms of its impact on medical care. A lack of research in general, due to cannabis’ status as a Schedule I drug, concerns Twardowski. After all, as legalization spreads, cannabis use will increase, though honesty about such use may not. Already, cannabis use in the United States has increased 43% between 2007 and 2015, and an estimated 13.5% of the adult population used cannabis during this period—the greatest increase being among people aged 26 and older.

But the lack of understanding of its impact on medical care is concerning.

Going forward, Twardowski plans to continue his own research and hopes that others will follow suit. He and his team are developing a follow-up study on differences between cannabis users and nonusers in requirements for sedation and on anesthesia as well as postprocedure pain.

“This study really marks a small first step. We are hoping to launch the next phase of our investigation as soon as we cut through the red tape,” he says. “We still don’t understand the mechanism behind the need for higher dosages, which is important to finding better care management solutions. Overall, our hope is that our study stimulates more research in this area as it has been largely unstudied.”

— Lindsey Getz is an award-winning freelance writer based in Royersford, Pennsylvania.